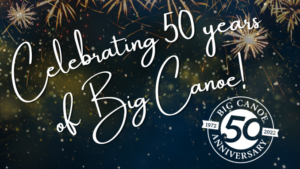 By Colin Bergen Big Canoe is celebrating its 50th anniversary in a big way. Throughout 2022, there will be numerous special events and activities commemorating... READ MORE...

FRIDAY OCT. 21 UPDATE: ADDITIONAL SEATINGS AVAILABLE AT 5 and 7 P.M Ever wonder what it was like to join one of the legendary dinners... READ MORE...